Sometimes people ask, “You haven’t been dating that long, how come you’re comfortable moving in with The Beau?”  It’s actually hard for me to come up with a reason for them.  Not because there isn’t a reason, but because it’s hard to put it into words.  It’s like asking, “How do you know The Beau is the right one?”

Well, honestly, I guess you can’t ever say for sure, but I can say that he’s definitely the right one for me to make the effort with.

How do I know?  I just do.  I can’t put it into words, but let me give you an example which may help you understand my feelings.

The Beau ate all the food I prepared, partook in all the activities I lined up, and was a gracious host in our small one bedroom apartment while The Craft Crazed Couple occupied our futon.  We actually have a den we’re planning to set up to put the futon for when guests arrive, but haven’t gotten that far along in setting things up.  So, when guests arrive, they are staying smack dab in the middle of our living room, which also happens to be the very middle of our apartment.

To cap that whole week off, while I was at work on Thursday, I received a frantic call from Sister.  She and Her Fella were flying back to their place after visiting my folks for a few days.  Unfortunately, their layover in Big City was extended indefinitely due to a storm brewing.  She and Her Fella were calling in a plea of help: could I come get them from the airport with their new cat that they adopted while visiting my parents.

Being the (somewhat) amazing sister that I am, I dropped everything and rushed to the airport to rescue Sister and Her Fella and cat for the night, springing all of this on The Beau very last minute.  And possibly I may have omitted the cat part…

Even though it was pretty cramped and even though 6 people and a cat were sharing one tiny bathroom, The Beau didn’t complain a single time.  In fact, he loved the cat, enjoyed everyone’s company, and took the opportunity to play a rousing game of Cards Against Humanity (proving how very messed up all my nearest and dearest are).

In short, the night went really well and everyone had a great time.  The Beau didn’t mind the extra company and in fact really enjoyed it.  The people that I love and who make me happy also made him happy.  Even though I was a bit stressed, he was completely mellow and kept me grounded.

If this isn’t enough to explain how I know about The Beau, then I’m not sure I’ll ever be able to put it into words.

One thought on “I just know”

Other people who could use some love:

Better get your number

Hands and a Computer 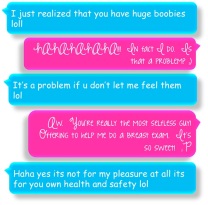 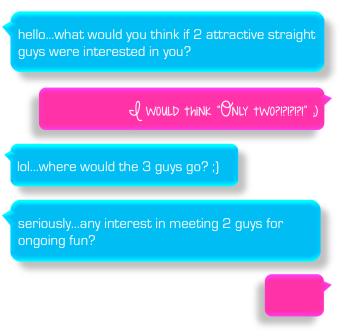 A few years ago, I was urged to sign up for an online dating website (which I really did to get my father off my back and to avoid the lesbian talk for the third time). Due to some unusual personal decisions I've made, it made for some interesting dating stories (I swear it wasn't just my awkwardness).

Currently, my fiance and I are figuring out our year-plus engagement and sorting through the turmoil of wedding planning while enduring countless awkward situations.

Unfortunately (or fortunately depending on how you see it), I happen to have an active imagination and fall slightly on the overly side of dramatic (but just slightly! I swear!) so it's recommended that you should take everything you find here with a grain of salt. 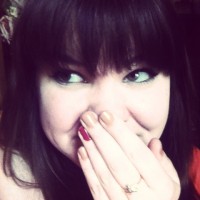 A geek girl dishing out all her thoughts on current life and the eventual apocalypse.

Reflections Of A Woman Rediscovering Herself